“I have been prosecuting serious injury and wrongful death cases against trucking companies, auto makers and tire manufacturers for more than 30 years. Our firm maintains this blog to share information and insight on transportation safety issues that continue to arise on our nation’s highways and roads.”

Grafton County, N.H -- Two Lowell residents were the victims of a tragic accident Sept. 11 in Thorton, when a tire on the car they were traveling in malfunctioned on Interstate 93.

Driver Richard Rosa, 56, was ejected from the vehicle and succumbed to his injuries at a local hospital in Plymouth, according to a press release from the New Hampshire State Police. Passenger Marianne Rosa, 24, suffered life-threatening injuries and was flown to Dartmouth Hitchcock Medical Center for treatment.

Authorities said Rosa was northbound on I-93 when a rear tire on his Ford Explorer had a malfunction, leading the vehicle to run off the roadway and crash into a wooded median.

The accident remains under investigation and no additional information on factors that may have contributed to the crash were released by authorities. An update on the 24-year-old’s condition has also not been issued.

Traffic on I-93 was diverted for about an hour and a half while the interstate was shutdown and the crash investigation was underway. The Thornton Police Department and Campton/Thornton Fire Department assisted state police on scene. 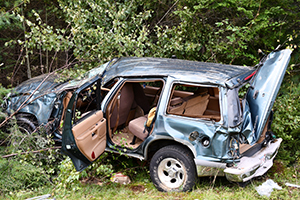 I am saddened every time another death caused by tire failure crosses my desk, and my deepest condolences go out to Mr. Rosa’s family during this time of grief.

When I started handling tire failure cases more than 25 years ago, I thought problems leading to tire failure accidents would surely be resolved by now. While many of the problems that originally plagued the industry have been remedied, the manufacturers are still grappling with specific issues that continue to lead to tragic accidents.

Tire defect issues are indeed complex, but the risks associated with tire failure clearly outweigh any costs associated with resolving them. When tire manufacturers prioritize profits over public safety, innocent lives are put at risk. Unfortunately, litigation is often the driving force of change. I have found corporations require immense pressure before implementing the changes necessary to resolve the underlying issues.

I am not suggesting any specific manufacturer is at fault in this specific case. However, I have done this long enough to not rule the possibility out. It is vital that the tire involved in this accident is inspected by industry experts to determine whether a manufacturer flaw or defect played a role in this accident.

For over three decades Rob Ammons has concentrated his practice on tire and automotive defect claims, representing clients against tire manufacturers, automakers, tire retailers, and tire service centers. Mr. Ammons’ success against Michelin, BFGoodrich, Uniroyal, Cooper Tire, Goodyear, Dunlop, Bridgestone/Firestone, Continental/General Tire, Kumho Tire, and Yokohama has led to the recall of millions of tires across the country. If you or your loved one have been injured from a defective tire, reach out to Rob Ammons now for a no-cost consultation.

Disclaimer: At Ammons Law, we are constantly seeking to improve the quality and safety of our roads and highways. We post these articles to help improve safety within our community. All of the information contained within this post was compiled from public sources or constitutes the opinion of the author. Please inform us immediately if you identify any false or misleading information.